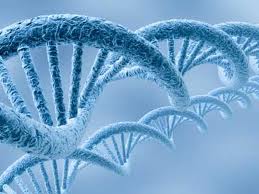 MYTH: Humans with an illness should be treated the same in medicine.

TRUTH: Because of genetic variability the amount and subset of medicine should correspond to  the genotype in the future of medical practice.

Genomics is helping researchers discover why some people get sick from certain infections and/or environmental factors and/or behaviors while others do not. There are some people who exercise their whole lives and eat a healthy diet and have regular medical checkups and die from a heart attack at age 40. There are also people who smoke and never exercise and eat unhealthy foods and live to be 100. Genomics may hold the key to understanding these differences.

Genetics studies one gene at a time and can lead to an analysis of which gene is the primary cause in a disease but it is never adequate to say what the complete effect will be on the genomic activity of the organism if the gene is modified or excluded. This is why it is dangerous to add or subtract one gene at a time in an organism because you don’t test for the total impact on an organism that this gene modification can have.

This is why some genetically modified foods are potentially hazardous to your health because the complete bad effects on your genome has not been determined or tested for. In fact some people can be very sensitive to GMO foods and others not so much or affected only for the long duration badly.

GMO food should probably be avoided most of the time and where it exists there should be diversity in GMO plants so that the failure of one GMO plant does not mean severe agricultural bankruptcy for farmers completely dependent on the growth of one GMO crop only.  Third world countries dependent on only one GMO crop would suffer starvation if the crop were to fail due to the successful mutations of new immune pests and diseases.

Pharmacogenomics is the study of drug effects on the genome of individuals. It is beginning to show that certain genotypes do not metabolize certain drugs successfully and the effect on the individual is not observable or greatly toxic. The result is that up to 60% or more of the population seems unaffected by many drugs and it is a placebo while a relatively large percentage of patients soon have bad side effects which are further treated with more drugs. 60% is a very large percentage so it is very probable that those seemingly unaffected are in fact severely affected in the long duration and the effects are very bad on complete bodily health.

To make a maximum profit drug companies may make drugs for the most numerous genotypes and ignore less numerous genotypes which may be considered to be a form of social discrimination. Patients may choose to hide their genotype secret from medical insurance companies who may discover it and charge them a larger premium because of a disease causing genotype. These are ethical problems which will have to be justly judged once prior genotype testing will become mandatory before any drug is prescribed by doctors. Discrimination based on genotype will become a serious problem in future medicine and many minority genotypes will be ignored because they are just not cost efficient to treat.

The truth is that most drugs try to treat the illness symptoms and don’t cure the cause of the illness. Thus most drugs are not cures but just make for more unpleasant side effects in patients who then are treated with more drugs.  Large drug companies are more interested in profit than actually curing patients and manufacture many drugs which are greatly advertised and have no long duration value in treating disease.

If you can’t cure a disease then healthy eating and right localized exercise is the only long duration potential solution as the body tries to heal itself. There must be drugs to treat fatal illnesses but if the illness is not fatal then the best solution is don’t take any drugs other than basic pain killers to treat the pain if it is severe enough and give the body time to heal itself.

If you are not a geriatric patient and have health problems your best drug is radically changing your diet to a wide variety of minimally processed organic food and drinking a lot of milk and preferable raw milk if you can afford it or find it.

If you have localized joint muscle pain then exercise and stretch that area daily. If you have heart problems change your diet to a wide variety of organic foods and also walk speedily about three times a week for about 20 minutes.

If you are a geriatric patient and are taking more than 5 different drugs look for another doctor and ask him to decrease it to about 2 or 3 because he is treating you for side effects which will only raise the drug count to 10 or more.

If you are in a wheelchair or bedridden change your diet radically as communicated and exercise for about 20 minutes each day in your wheelchair or bed with hand and body exercises. We will die and taking a boatload of medication will only speed up the decaying process and cause death or intensive care sooner than necessary.