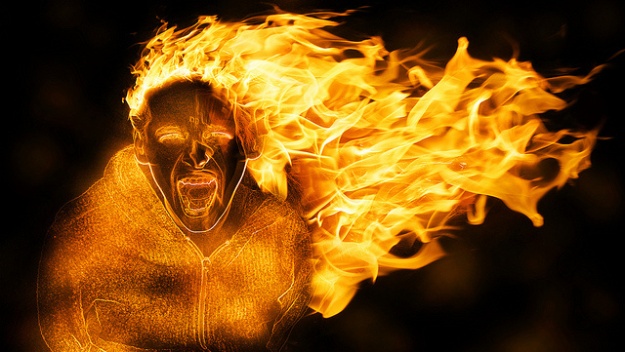 Your impulsive unconscious self frequently overrules your conscious future projection of self:

You may consciously know that you have to study to get a good grade tomorrow but you stay up later than usual watching a good movie first before starting to study. You know that you should eat healthier but if presented with chocolate or a favorite sugary treat then you will probably eat it without a second thought. Immediate impulsive actions which are bad habits frequently overrule any good habits which you are consciously planning to switch to in the future. Procrastination is also impulsive bad habits which most of us constantly struggle with and delay good conscious behavior.

Many neophyte bloggers without a previous history of disciplined writing start off with a handful of articles and that is as far as most of them get. All their great blogging plans fail and they revert back to their impulsive selves.

A bad habit can take as long as 10 weeks of conscious effort to stop:

A bad habit is an addiction which your body prefers because it is the most efficient way to deal with life which is in automatic mode. It can take as long as three months of conscious effort to replace an inactive lifestyle with an exercise routine each day or every other day. So many humans have tried joining a gym or a health club filled with initial ambition and good thoughts and much before the three months are up have reverted back to their inactive former selves and don’t attend.

Willpower frequently is a limited resource:

It has been scientifically shown that willpower decreases with each application. This basically says that staying motivated for repetitive tasks becomes more difficult the more of the tasks that we do.  Willing your body to do something is forcing it to do something which is something your body does not like to prolong. Forcing or willing yourself to do a new behavior on your own is more difficult than having a personal trainer or coach motivating you to do a new behavior.

Other humans who motivate and other humans who participate in behavior modification with you can produce better results than you trying to modify your behavior on your own without external motivators.

Selfindulgence rather than selfimprovement is what your body subconsciously wants and it can even be failure that your mind wants:

If you have a bad habit of failing much your body and mind adjusts to the failure and effectively tries to stop trying to improve. You may make up excuses for your failure or start to accept it as a fact of life and not motivate yourself towards any future improvement.

Staying unemployed or not making advances toward the opposite sex because of a fear of failure or a subconscious feeling of imminent failure is what keeps many humans from improving themselves consciously.  Your body has a tendency to accept things as they are rather than fight for the way things ought to be in your idealized mind and body.

Your body is subconsciously addicted to and loves your bad habits and will hold on to them tenaciously. Only a fear of imminent death is sometimes what will motivate you long enough to quit very bad addictive habits such as smoking, drug use, alcohol, and severe obesity.

Changing bad habits on your own is almost infinitely more difficult than finding some continuing motivational support from another human or humans.

If you liked this evergreen blog then read more of them and one or more of my evergreen books, especially COMMON SENSE.