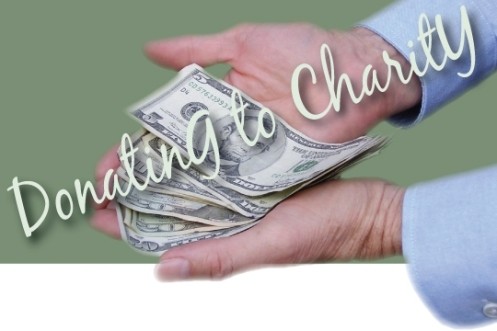 Research is being done to find out why people give money to support a charitable goal. It seems that if the pleasure centers of the brain are activated then there is a greater probability of giving. The still unanswered question is why do some humans feel pleasure and others don’t when giving?

It is just a guess on my part but I feel that giving is connected to a basic belief in the charitable goal that you are giving to and having enough spare money to give in the first place.

Previous conditioning by role models who gave to charities probably affects your lifelong giving tendencies but most important is a personal strong belief in the charitable goal. I used to give to conservation organizations which I believed in when I was single and stopped doing so when I got married and had offspring and had less money to give for charitable goals. I no longer felt good about giving because my family priorities overrode charitable giving.

You probably give to charities because it makes you feel good, because you believe in the charitable goal, and if you have some excess money to spend on the charitable goal. If you are very religious you may actually give about 10% of your income to the religious organization because you have been indoctrinated to believe that it is the right thing to do. Acting on a belief is a pleasurable experience.

If you liked this evergreen true blog then read more of them and one or more of my true evergreen books, especially COMMON SENSE.