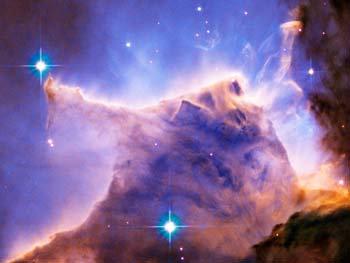 1. “Where do I come from?” (Origin) We are all matter, energy, dark matter, dark energy, and dark gravity material and are here by some chance and some intelligent design and cosmological or universal forces or sources.

2. “Where am I going?” (Destiny) Your destiny is to be reunited with the universe and you will know where you have been at the end of life if you are given the luxury of contemplating your life at the end of it.

3. “What am I on earth for?” (Meaning/purpose) You are here to survive as best as you can and to try to ensure that other just moral humans and wildlife also survive on into the foreseeable future.

4. “How do I know right from wrong?” (Morality) You must come to realize that morality must be updated with changing world realities and the new worldwide moral code which should be taught all impressionable young minds is-except in emergency situations-don’t destroy biodiversity, don’t lie, don’t be inefficient, don’t steal, don’t commit adultery if married, and don’t murder.

5. “What happens when I fail?” (Judgment/Redemption) Future generations will pay or suffer for your contribution to the immorality of human civilization.

Obviously I would want to be reunited with the things I loved on earth in an afterlife if it exists in some form. There is no guarantee of an exciting and peaceful existence in some form after death but just a hopeful human wish which most humans have.

The bad immoral humans may also be reunited with some experiences in an afterlife and I can only hope that they will be worse than mine. If they have a better existence then me then I will be very disappointed if given the power to judge them after death. Is there justice after death if not during life? No scientifically grounded human knows anymore unless you are a convinced “believer” that there will be justice after death!!!!!!

All five questions either have no answer at all or partial answers which is the best that our limited brains can offer. I personally am grateful for being alive and having the time and luxury of trying to make the world a better place in which to live and am grateful that I have a government where I can express my thoughts and share them with limited censorship. Yes, with more money my thoughts, knowledge, and morality would have more impact on humanity but I was just not that fortunate in the money department.