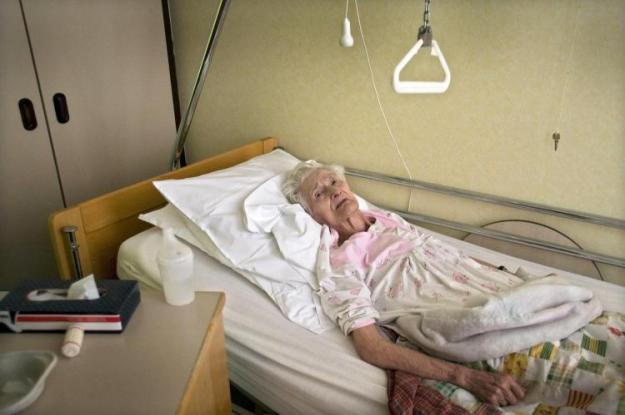 Life is never black or white, yes or no in all cases and the same applies to euthanasia. I offer the case of my 99 year old dad as an example where euthanasia would have been a more dignified way of dying.

At 99 my dad had severe bleeding and breakdown in kidney function with a dark brown urine and catheter usage, had severe chest pains, and was so weak that he needed assistance in walking but was otherwise mentally alert and able to communicate. We probably could have prolonged his life with kidney dialysis and pain killers and he may have lived one or more years basically vegetating in a hospital bed.

Instead my dad courageously decided to end his life by not eating or drinking water under hospice care and effectively committed suicide. It took about two weeks to end his life under heavy morphine doses and occasionally spraying some water in the mouth because it was drying out. During the two weeks he had severe constipation and had forced painful removal of stool from his rectum. He was still living in his home and we visited him on a daily basis giving him his morphine dose orally.

Had I been in his position I would have asked to be euthanized and die peacefully in my sleep and not have to go through the mental and painful anguish of killing myself the natural way by not eating or drinking.

Does this case argue for euthanasia or should he have had kidney dialysis and painkillers administered in a hospital setting for one or two or maybe even more years at taxpayer’s expense?

My dad’s quality of life was so bad that he chose to die instead of living like a vegetable, in a hospital bed, and with the use of severe pain killers.

If you liked this evergreen truth blog then read more of them, approximately 600 so far, and one or more of my evergreen truth books, especially COMMON SENSE, rays of truth in a human world filled with myths and deceptions.