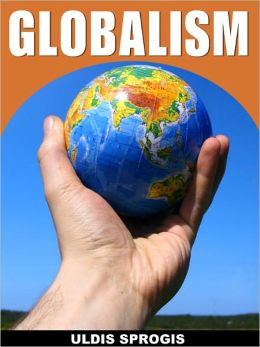 Humanity has long had a Utopian dream of world unity with nations living in peace and harmony with each other and all having just laws which rule human behavior. The truth is that the world is being ruled by big money which is propping up corrupt national governments with rich rulers and relatively impoverished citizens. In fact the monetary disparity between the rich rulers and the ruled is increasing with a reality that the poor will remain poor and the rich will get richer.

This is not necessarily a bad development because a large middle class means more use of natural resources and greater pollution which devastates biodiversity and degrades the quality of the environment plunging the world ever closer to a catastrophic state of no return.

The internet, robotization, international corporations, and big money is going to make the world job poor and most will just have to get used to the fact that there will be a technological working elite and most will be living a life of leisure on welfare on close to subsistence living standards.

There should be a hope for everyone on welfare to make it into the middle class or ruling class through personal time, effort, ability, and achievement at any age through free technological education on the internet.

My evergreen truth books CHANGES IN WELFARE LAWS and EDUCATION REFORM detail how just laws can be implemented so that a society with great disparity between the rich and poor can in fact still be a just society offering even the poorest the potential to work their way out of poverty through free self-educational effort.

True world unity will only come with one common language, uniform laws, and a political merger of rich nations with poor ones.

Corruption in the world will only be reduced if nations have just constitutions and just laws all following a basic moral code for behavior. My evergreen truth books NEW CONSTITUTION OF THE UNITED STATES, NEW UNIVERSAL DECLARATION OF HUMAN RIGHTS, JUSTICE, and GLOBALISM are all useful sources for just moral laws which should be implemented worldwide to bring the world community closer together in a just way.

If you liked this evergreen truth blog then read more of them, approximately 600 so far, and one or more of my evergreen truth books, especially COMMON SENSE, rays of truth in a human world filled with myths and deceptions.