Here is an audio presentation by Andrew Kimbrell, J.D. on the dangers of GMO’s and pesticides which are endangering the long duration health of all of us and killing bee colonies and natural pollinators so vital to healthy agricultural crops. Join the organic revolution which we so desperately need!

The above website might  be deactivated by the time you read this so these are links to an organization which I would highly recommend to get you inspired to eat and promote organic food so vital to your long duration health and that of your offspring.

Here is another excellent link to the Institute for Responsible Technology which is very concerned about healthy food.

Surveillance: n. very intense and detailed observation of ((a human(s) who is frequently suspected of criminal and/or subversive behavior) and/or a subset(s)))

Ideally we should only have surveillance of humans who are suspected of criminal and subversive behavior. Ideally the privacy of law abiding citizens should not be under surveillance because we may have personal or commercial secrets which give us a competitive advantage over others. The world is a very competitive place where almost everyone is trying to survive and prosper in their own manner.

Unfortunately due to an increase in immorality in western society everyone is suspected of criminal and subversive activities and there will soon be cameras and microphones almost everywhere including personal homes and buildings housing human organizations. Eventually we can all look forward to the day when we will have physical implants on our bodies to monitor our every movement, communication, and thoughts. Fear of getting caught or saying the wrong thing will guide our behavior and not an impulsive moral code with which we have been indoctrinated as young offspring.

This is a scary prediction of what kind of a future awaits future generations if we all succumb to an automaton type of existence where we are all led like sheep through our daily lives doing everything which authority figures request from us. A true master slave relationship in society may eventually exist between the ruling and ruled class but the truth is that we are already slaves of human propaganda which permeates society and deceives almost all the humans in it and predictably will only get stronger with the passage of time.

I am also guilty of subversive activity because I am trying to radically change society in this world by publishing the truth as I see it. Fortunately the truth is not something the general public wants to hear nor will I make any money publishing the truth so that the power structure has little to fear from my writing because money is power and I don’t think I will have enough of it in my lifetime to make a significant impact on the world.

Words and ideas are sometimes more powerful than money or the sword so I am not entirely convinced that my writing will not influence more than a handful of human lives for the better. 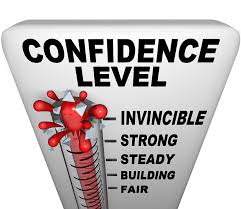 Confidence: n. freedom from most doubt when trying to achieve a subset(s) and this frequently exists with a large belief in oneself and in one’s abilities

We frequently like and are attracted to confident humans who are self-assured or seem to be sure of themselves and seem to be competent in their job and competent in their relationships with other humans. Someone who seems to know what they want out of life, who seems to have the ability to achieve his or her goals, and who has emotional mastery over themselves and others has great appeal to other humans. Most of us like a winner with a winning attitude and a confident human is frequently someone whom we admire and sometimes choose to follow.

Compassion: n. sympathy for a lifeform(s) and wanting to and helping in some way

You can empathize with someone’s misfortune and be sympathetic but if you are compassionate then you want and do try to help in some manner.

A sympathy card or spending some time together talking about the misfortune is minimally doing something about it. Your compassion may extend further and you may offer some financial aid or replace a lost item. Offering advice which will prevent future misfortune is also a sign of compassion.

Helping the poor is a sign of compassion and it can be done financially or with personal volunteer work which should be designed to help them get back into the workforce or prevent starvation.

The one area that we must truly show compassion is towards wilderness animals and plants. Stop stealing their real estate and contribute to conservation causes which will hopefully ensure their survival. You may not understand that destruction of wilderness means the destruction of human civilization in the long duration!!!!!! 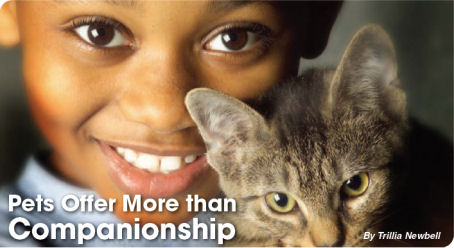 Companionship: n. being friendly and using time with one or more human(s) and/or animal(s) who are frequently only acquaintances and who sometimes  become friends

Companionship is one step removed from friendship and it is humans with whom you interact in a friendly way but don’t consider them to be your friend. Frequently companionship is hired such as a companion for an elderly disabled human who needs some help getting through the day with someone to talk to and do some basic chores.

Pets are frequently considered companions of disabled and sometimes lonely humans but the reality is that pets like dogs and cats can in fact become just like family members asking to be fed and paid attention to and in return offer joy and comfort to their owners who even talk to them and communicate in meaningful ways.