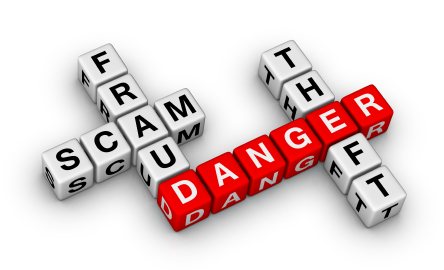 Exploitation: n. optimizing usefulness for profit without using the full potential of (a natural resource(s) and/or a human(s))

Feel that the environment and/or many humans are being exploited? This is true and frequently to make a quick profit.

Commodities are mined for one or two metals and the rest of the raw materials are washed away polluting the environment.

Factory farming is exploiting animals and ruining their health which in turn is ruining the health of those who eat their meat.

Pesticides, herbicides, many GMO’s, and artificial fertilizers make the plants less healthy and are starting to kill bees and other pollinators so necessary for successful natural plant reproduction.

Food diversity destruction and wildlife destruction all in the name of exploitation of resources for optimum profit is seriously threatening the long duration survival of healthy living on the face of this precious endangered planet. Wildlife will be our only safety net when our food supply becomes too unhealthy to consume because of short sighted technological bad exploitation or manipulation of domestic plants and animals.

Humans are trapped financially in menial work working hard and do not have the time or money to develop to their full potential as human beings.

Dysfunctional families abound and the breakdown is caused by cultural moral decay coupled with the tolerance of overly promiscuous behavior. This is riddling the new generation with anxiety not knowing how to raise offspring any more with so many conflicting parenting philosophies and the absence of certainty of what proper acceptable behavior is.

Relativistic situation ethics is not the answer and psychiatrists and psychologists are a bad replacement for mythological outdated religious morality. They medicate rather than properly educate their flock which is increasingly suffering from more and more depression and dysfunctional behavior.

The rich exploit the poor and middle class. Life is not just and that is just the way that the world has worked in the past and is working today and on into the foreseeable future. The solution is an updated secular morality taught to young impressionable minds and a change to just laws. Also necessary is a switch over to more logical language usage so that the poor and middle class do not behave as stupidly and gullibly as they do using language in a primarily emotional irrational way.

My evergreen truth books EDUCATION REFORM, CHANGES IN WELFARE LAWS, JUSTICE, MODERN PARENTING, and SCIENTIFIC THESAURUS offer logical and what I think are reasonable ways to gradually move out of the exploitative world too focused on the unacceptable use of big money to circumvent laws and moral behavior.

Endurance is frequently thought of as sports endurance such as running the marathon or dancing until you drop but it can also mean doing any other stressful activity for a very long duration such as driving the car for 36 hours straight.

Endurance can also mean suffering under bad circumstances for a relatively long duration such as putting up with much emotional abuse such as ridicule and put downs on the job or suffering with chemo treatment for cancer for a  long duration.