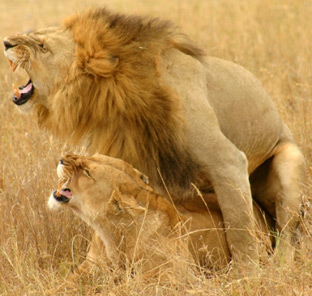 In nature the healthy, smart, dominant males reproduce more successfully for the benefit of future generations. In western stupid culture the unhealthy, uneducated, and financially poor reproduce in greater numbers to the detriment of future generations. Healthy responsible reproductive family units are becoming scarce as more and more households are headed by unwed mothers with offspring supported by a government daddy.

Nature has just reproductive standards and western society has no reproductive standards which should be enforced for the benefit of future generations.  Destroy the necessity for a healthy financially responsible family unit in society and you destroy a morally sound society with cohesive bonding human relationships between the sexes.

Historically reproduction has gone hand in hand with financial responsibility for the family unit. It is time to reinstate a functional connection between money and the right to reproduce. Restricting reproduction to one offspring for the poor or those on welfare would be a step in the right direction since the urge to reproduce is almost universal in females and they will reproduce even if it is against the law.

Reproduction against the law should punish women to live in congested quarters without additional financial support for more than one added offspring. In effect, remove the financial incentive to reproduce. The more offspring, the greater the financial poverty.

My evergreen truth books CHANGES IN WELFARE LAWS and EDUCATION REFORM  show how the system can be changed so that reproduction is just and responsible financially and those who put in the time, energy, effort, and achievement get rewarded with reproductive success if they want it.