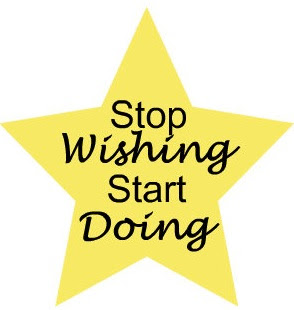 The most important things which you can start doing is-

spending more time with the right humans and for the right reasons,

being honest with others and about yourself and expecting honesty from humans you want to care about in the present or future,

working towards your new and/or old goals almost on a daily basis,

and concentrating on the things which you can control or are within your power to change.

There are 25 more important things which you can start doing in this article by Mark Chernoff. 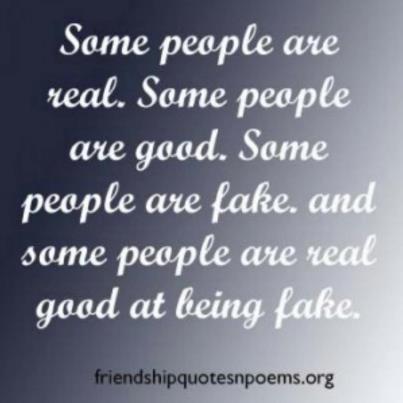 Lying is immoral fraud which is not criminally prosecuted by law but in an ideal world should be. Social ostracism of liars or a bad reputation is frequently the only punishment that a liar gets.

Deception is a form of partial lying or partial dishonesty and not revealing the whole truth necessary in a communication or agreement. Deception is dishonesty too and it is frequently evident in cosmetic and supplement advertisements which promote products with desirable characteristics or results which are in fact not very accurate or even almost totally untrue.

A deceptive human is a clever liar who frequently gets away with the clever lie but he or she is a liar nevertheless. Society is filled with myths and deceptions or clever lies and it is my mission in life to try and reveal as many of them as possible for your benefit. The truth about these deceptions is not always pleasant to hear because many of us prefer to believe in soothing  or comforting lies and deceptions rather than in harsh truths or realities.

Total dishonesty or blatant lying is worse than partial dishonesty but one should realize that almost any degree of dishonesty is bad unless it is an emergency situation and you must lie or be dishonest to save a life or avoid severe injury.

Most of us would like to be healthy, attractive, happy, and successful and there are plenty of predatory deceptive charlatans who are offering us their bogus friends, information, goods, and services to fulfill those basic human desires.

What is the antidote to dishonesty? Being honest, sincere, dependable, competent, somewhat caring, and trustworthy. If you find a friend with those characteristics then you will have found a true friend indeed!!! Your social reputation will be outstanding too and you will be respected and maybe even admired if you chose to have a large following.

The hardest lies to detect are the deceptive ones where there seems to be some truth in what someone is saying to you but you have some impulsive doubts. This is where reputation comes into play. How reputable is the human giving you the information? If they have a history of deception or lying then don’t trust them but if they seem fairly reputable then cautiously proceed and assume that some of what they are saying is in fact truthful. Some BS artists are so good that you will not detect them for who they really are and not realize that they are playing you for a sucker.

Finally don’t be too impulsive and accuse others of lying because chances are great that they have been deceived or believe in untruths which are ravaging societies and their lying may be unintentional. Their opinion on something may be totally opposed to yours but don’t assume that the opinion is a total lie or untruth. You need much useful education and experience with humans to read their body language, listen carefully to the tone of voice which they are using, and to judge the truth of the information which they are communicating to you.

Accusing someone of lying without proof or reputable witnesses runs the risk of a false accusation which will begin to ruin your reputation in the long duration.

Be cautious about new relationships and keep an eye out for deceptions and lies. My advice is live and learn because there is so much BS floating around in society that you are probably being deluged by it and have been brainwashed by much of it. If you want less BS in your life then start reading as many of my blogs as possible.

Disagreement: n. communicating incomplete correspondence of some different opinion(s) and/or fact(s) and the communication may be recorded

Disagreement frequently originates because the facts used and the opinions formed from them are different for one human versus another.  Sometimes the facts are the same but the opinions about them may differ.

Language is terribly biased into yes or no, antonym or synonym, always or never, black or white, and agree or disagree thinking. The truth is that there are frequently shades of grey and you can disagree 40% of the time and agree 60% of the time. An opinion may be true most of the time but not all the time and there may be many important exceptions to the rule or opinion which apply in the real world. It is better to approach most disagreements as disagreements only in degree and not absolute disagreements. Seldom does one human have the whole truth and the other human has no truth or is totally wrong.

To avoid terrible arguments and confrontations when you disagree you can use the smart approach and say that you agree 80% of the time with an opinion but here are the examples or reasons why I disagree with you 20% of the time. Of course the percentages are ballpark figures and may not be that accurate but it will get the message across that your opinion or opinions also have some merit and should be considered in the discussion. 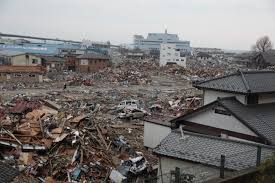 Lives are usually not destroyed unless there is murder but lives can be radically changed and not resemble previous lifestyles.

Machines can be destroyed but the proper term these days is that they are somewhat destroyed because the metal or material is recycled in many instances and used again.

Wilderness is being destroyed by humans and that is perhaps the greatest loss because once gone, wilderness can’t be restored. That is why wilderness should be conserved and expanded because the health of future human civilization depends of saving wilderness areas, the last reserve or safety net of healthy animals and plants.

Nuclear destruction is still a remote possibility but hopefully world politics will not get so out of control that humans will destroy themselves with radiation poisoning.

Pity:  n. sadness sensed for a lifeform(s)’s bad and/or wrong circumstance(s) and sometimes feeling a little contempt because the lifeform(s) is regarded as weak and/or without necessary characteristics to successfully survive

I feel pity for the severely handicapped, the many starving in India and Africa, and abused pets but feel rather overwhelmed and powerless to do anything about it. I can’t call it compassion which would make me want to get personally involved and help.

Pity is a rather useless emotion because it is the acknowledgement of a bad lifeform situation and an unwillingness or inability to do anything about it. I feel some compassion for the homeless but feel that it is government’s role to do something about it so it is mostly pity on my part.

Some humans want to be pitied for their bad luck or bad circumstances and want us to feel sorry for them as a form of attention getting and justification of the injustice of their fate. They want us to join in their misery which we don’t always do.

Do you feel pity for something which I haven’t mentioned? Write me.

If you liked this evergreen truth blog then read more of them, about 1000 so far, and one or more of my evergreen truth books, especially  COMMON SENSE, rays of truth in a human world filled with myths and deceptions.