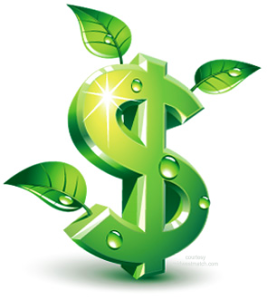 Energy: n: that mysterious subset which can be stored and then released to move a different subset(s) and/or a vibration(s)

To truly understand energy you have to think of it in terms of STORED ENERGY (potential energy) and RELEASED ENERGY (kinetic energy and/or electromagnetic energy and/or gravity). Also it is helpful to think of energy as that great mysterious thing which causes other things to move. When you release potential energy you can get things to move around!

Humans have tried to imitate the concept of energy intuitively by creating a thing called money which is very much like energy. You can STORE money and/or your can RELEASE it. Money can be stored in a bank account or in a safety box or wallet in the form of potential energy and then released to get other humans to do things for you or work for you or money can be released to buy things with it.

If you are smart with your money then you will have saved or invested your potential money which you then can use for emergencies, purchasing at a discount price, and some even for retirement.

The problem with money is that you can save it or hold on to it for too long because it loses its value due to inflation. You are being stolen from or you are losing your energy thanks to the corrupt financial system so try to invest in something which will keep pace with inflation such as real estate or tangible assets which will last a long time and maintain their value.

Energy is vital for life and a source of power for humans. Energy or money represents human power and can be used to move and/or control things and it is one of the fundamental reasons why many humans intuitively and greedily want more energy or money. Humans want the power to control their own destiny!

Yes, you can gamble and make risky investments and rarely make much more money but in the long duration that is a fools game for the average human who usually loses most of it in “too good to be true” investment scams, especially the scamming stock market.

In physics energy can also be stored in atoms and molecules and that energy is used by plants and animals on the face of this precious earth to move around, digest food, and live before death ultimately ends those lives. The dead body atoms and molecules decay and are recycled by nature.

Save and invest your money and energy wisely and only release it for the things which you truly need in life because you will only get a finite amount of money or energy in your lifetime!!!