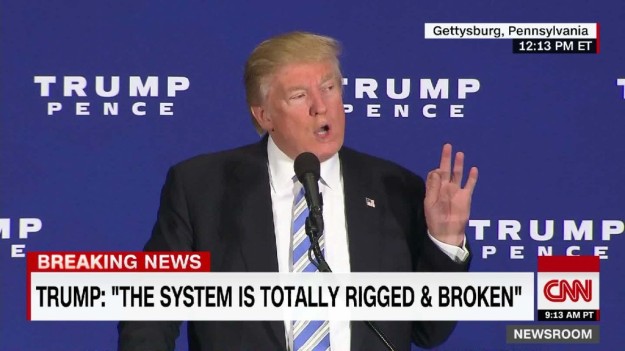 A president is merely a figurehead of a political system and theoretically should be a good leader of the nation as a whole. Trump has an authoritarian combative style which is unique in American politics which historically has largely been an exercise in collaboration and compromise with the leadership of both parties and a fairly good relationship with the press or mass media.

Trump is at a great disadvantage because he has historically attacked both the establishment Republicans and Democrats and the establishment media and will probably continue to do so in the future also. The establishment is basically against him and competent administrators are afraid to work under him because they fear their reputation will be sullied by the flawed Trump reputation or that they will be fired if they don’t have a yes man attitude to everything Trump wants to do.

The turnover in the Trump administration is mind boggling and it feels like this will continue on into the foreseeable future.

Trying to lead an unwilling divided Republican party is hard enough but leading a nation without some cooperation from the Democrats and mass media seems like mission impossible.

Insubordination to many of Trump’s ideas and goals and personality is what is fundamental in this presidency and it seems that it will not get much better in the near future. Trump may last four years in office if he is a quick learner and miraculously overcomes his present handicaps. Another possibility is that the handicaps may eventually get accepted as handicaps that we can or we have to live with.

If you liked this evergreen truth blog then read more of them, about 4200 so far, or read one or more of my evergreen truth books, especially EVERGREEN TRUTH, rays of truth in a human world filled with myths and deceptions.