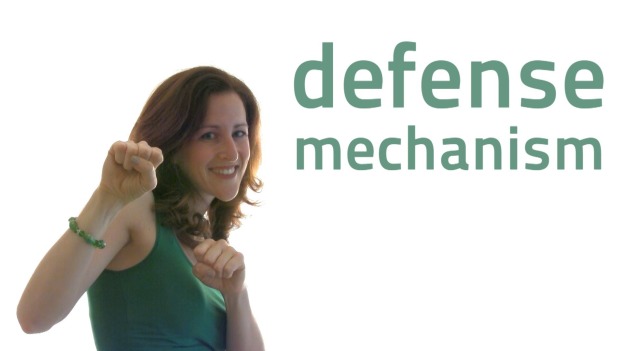 Repression is the most controversial defense mechanism since it is a conscious desire to suppress a painful, unpleasant, or traumatic event in our lives. The very conscious attempt at trying to forget actually reinforces the ability of the brain to remember the incident so conscious repression is really not physically possible in the first place. Whether the incident was painful or pleasurable we can’t repress the memory consciously and it really has to fade in our memories through enough elapsed time which causes forgetting pure and simple. Repression is a mythical defense mechanism which has no validity in reality.

Denial is supposedly an unconscious rejection of an unpleasant event or idea when in fact it is an impulsive rejection of any event whether pleasant or unpleasant. Denying that you will die of cancer or denying that you will have a good time while visiting the Sahara desert is not a defense mechanism but rather an impulsive opinion which clashes or is different than reality or existence as it really is.

Suppression: n. trying to exclude an anxiety producing subset(s) from awareness. Not wanting to talk about a recent divorce or any pleasant or unpleasant event(s) is an attempt at trying to exclude an anxiety producing subset(s) from awareness. We may even try to suppress a good event thinking that it is too good to be true and therefore trying to exclude it from our thoughts. Having won an award and having to give a speech in public may cause social anxiety and we may try to suppress the thought to some extent. Suppression is really a form of denial or not wanting to think about or deal with an unpleasant situation for the time being.

Rationalization as a defense mechanism is defending a behavior, excusing it, or justifying it either realistically or with a lie. If you got a C on the test you can either rationalize it by saying that you didn’t spend enough time studying or you can lie and state that the teacher asked stupid questions. Rationalization is really the acceptance of a fact for what it is or lying about a fact trying to make us look better for having done something usually considered unacceptable.

Compensation or trying to overcome a weakness by excelling in another ability to an extreme may be a form of defense against a feeling of inadequacy or lack of ability at something. Emphasizing your strengths and not your weaknesses is another way of looking at it and you may in fact not be trying to compensate for your weaknesses but be merely demonstrating your strengths and accepting your weaknesses without fretting over them inordinately which compensation suggests is happening. Compensation is only a defense mechanism in special circumstances where inadequate feelings are defended by excelling at something and hoping the inadequate feelings will go away.

Reaction formation is a conscious behavior which seems to run contrary to the actual feelings or emotions felt for a human. It would seem to make sense that if you hate or don’t like someone than you would not send them any gifts or lie and say that you like or love them to others. Some humans are capable of this form of dissonant behavior and it is called reaction formation which may be considered to be denial or a defense mechanism which tries to hide or lie about your true feelings in public about a human.

Sublimation is the diversion of energy from an immediate sexual and/or biological impulse to a more acceptable social goal(s). Aggressive or violent tendencies in a human may be diverted from actual violence on a human to participation in an aggressive sport, competitive game, or a violent video game or movies. A desire to have sex with an actual human may be diverted to masturbation, pornography, or just working hard. Hyperactive or very energetic individuals may use exercise or hard physical labor as a way to work off some of that extra biological energy. Sublimation can be thought of as defending yourself from unacceptable behavior by doing something else instead.

Displacement is discharging pent up feelings on a less threatening subset(s). Instead of yelling at the boss you may wait until you get home and yell at your spouse. A psychiatric patient may pick a fight with another patient after being told by the psychiatrist that she may not have an 8 hour pass to leave. Displacement is really a form of suppressing your feelings for a duration and then expressing them at some point in the future.

Conversion is the psychic stress manifesting itself as a physical symptom. A husbands impotence after discovery of his infidelity or a physical paralysis of a body part or blindness after psychological trauma are examples of conversion. Conversion can be thought of as an unconscious reaction of the body to a conscious psychological extreme stress.

Undoing is really compensation for doing and/or thinking something wrong or bad. A mother may make a son’s favorite cookies after disciplining him rather harshly or a human may have violent thoughts and be especially nice to the human being affected after the thoughts subside. It can be thought of as a defense mechanism to avoid continuing feelings of guilt.

Dissociation is ignoring a usually very unpleasant event(s) which you don’t want to think about or make a decision about. An example may be saying that he meant well after a husband spends money unwisely or ignoring abusive statements or behavior in an abusive relationship because we don’t like the bad feelings which the behavior is trying to cause. Dissociation is really a form of denial of a usually traumatic event(s) which we would rather forget if given the choice.

Regression is a return to a former level of development or a childlike state such as a human assuming the fetal position in his room after admitting to being responsible for bad behavior or a college student going to bed with a teddy bear as a security blanket. It is really debatable whether a human can really regress to a childlike state which is really just doing something in a childlike way again and not really assuming a childlike state with very many childlike behaviors which a state implies.

An excuse may be real or imagined and if it is imagined then you are intentionally or unintentionally lying to yourself or others about the thought and/or behavior. In a nutshell all defense mechanisms are either and excuse, denial, blame, and/or compensation.

Trying to stereotype a handful of behaviors and giving them a fancy name all classified as a defense mechanism is misleading the public and perpetuating psychological unproven myths. It is time to rethink psychological defense mechanisms and simplify them to what they really are and not what they should be with misguided historical intellectualization.

If you liked this evergreen truth blog then read more of them, about 3400 so far, or read one or more of my evergreen truth books, especially EVERGREEN TRUTH, rays of truth in a human world filled with myths and deceptions.