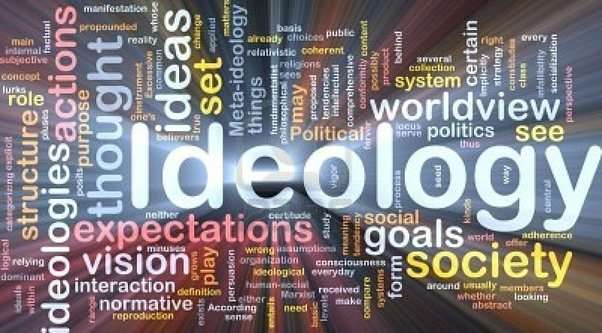 Traditional religion in the west is dying fast and is being replaced by a left wing, progressive, or socialist ideology which is really very much like the oppressive state religion or theocracy of the past with it’s own modern inquisitions and persecutions of heretics or disbelievers. The oppression is in the form of censorship, blacklisting, and financial ruin for all those dissenting from the orthodox beliefs of socialist ideology.

Collectivist rights are running roughshod over individual rights and the concept of private property, individual responsibility, individual secular morality, moral or ethical free speech, and the right of free association with humans that you trust and want to be with. Collectivist distribution of wealth is being forced without considering the morality, personal effort, ability, and health of the recipients. The clear line between a worthy moral individual and an immoral unworthy individual is being blurred and thus the numbers of immoral individuals is growing at an alarming rate with sick, drugged, promiscuous, mentally ill, and socially dysfunctional individuals becoming increasingly abundant. Wholesome family life, financial responsibility, and moral responsibility is rapidly declining and society is fast becoming a very depressing chaotic confiscatory ideological state.

Perhaps we need here an explanation of what I believe is the difference between free speech and moral or ethical free speech. True free speech is being able to print and state falsehoods about humans such as “he is an alcoholic, rapist, racist, pedophile, drug addict, liar, thief, adulterer, murderer, etc.” and say so publicly also. Obviously false lies, insults, name calling, put downs, humiliation, and ridicule can destroy a human’s public reputation and civility disappears from the political arena. Libel, slander, and violent threats should be unacceptable morally and speech can therefore be immoral or unethical. Moral or ethical free speech is limiting allowable public and printed speech such that a minimum of lies, deceit, and criminal promotion exist within society.

Morality or acceptable ethical principles are not explicitly stated in the U. S. constitution and it is time to include some ethical or moral principles in the constitution. A good beginning would be to change free speech to moral or ethical free speech. A secular moral or ethical code would also be advisable to explicitly state in the constitution and officially make the country a secular ethical theocracy or ideology to replace dying religious moralities.

A nation can’t exist without a commonly held secular morality or ethics unless it is a tyranny governed by laws and the use of coercive force such as in a communist tyranny. A democratic republic can’t long exist without a moral or ethical foundation which is more fundamental than a propagandized socialist ideology that is unjust in it’s realistic applications and runs roughshod over individual rights which permit responsible financially independent individuals and families to exist.

I end with my own recommendation for a secular moral or ethical code which is- in non emergency situations- don’t destroy biodiversity, don’t lie, don’t be inefficient, don’t steal, don’t commit adultery if married, and don’t murder. This secular code should be taught to all impressionable young minds in elementary school in detail so that by the age of about 13 most will know what behavior is morally or ethically acceptable and what behavior is morally or ethically unacceptable. Yes, there are some real life exceptions to any absolute moral or ethical code but mature adults will understand and accept the relatively few exceptions to what seems like an absolute secular moral or ethical code.