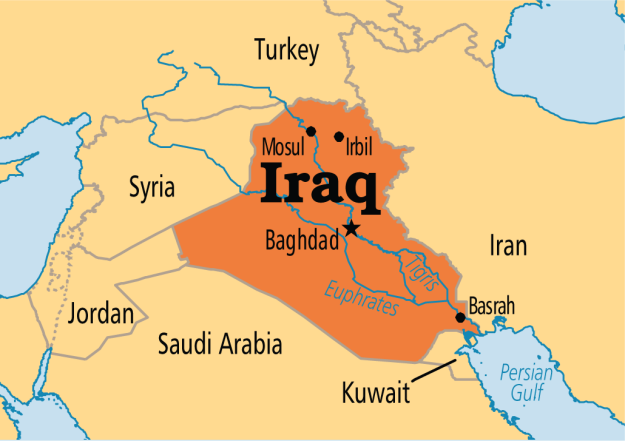 It may not seem obvious but either Iraq forms a new constitution which gives Sunnis just representation or the country must be divided into three new nations-The Kurds, Sunnis, and Shia.

If the former solution is chosen and the goal is to maintain a united Iraq then town by town city by city the Sunni regions of ISIS must be conquered and replaced with temporary friendly forces such as the Sunnis from Egypt, Jordan, and Saudi Arabia who will not be viewed as a religious enemy by the indigenous population. Gradually the Sunnis will be able to reunite with Iraq if they choose to do so voluntarily through a popular vote. If they do not choose to join Iraq the nation then they can establish their own country under Sunni control exclusively.

I have already shown you how terrorist ISIS can be conquered in a reasonable amount of time which will not take years but months instead. It will just require brains and courage to take back militarily the territory held by ISIS. Yes, ISIS can be given an ultimatum to revoke its international terrorist goals or suffer the consequences of ultimate defeat and death of the leadership if it chooses to resist and not reform politically.

If you liked this evergreen truth blog then read more of them, about 2500 so far, or read one or more of my evergreen truth books, especially COMMON SENSE, rays of truth in a human world filled with myths and deceptions.